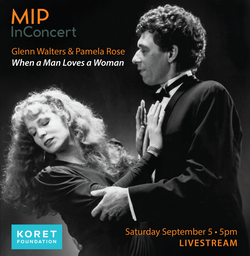 In the early 80's, vocalists Pamela Rose and Glenn Walters teamed up to create a show called "When A Man Loves a Woman".  With a light plot line ("two incredibly strong-willed single people meet, fall in love, mess it up and get back together" says Rose) it was a showcase of high charged R & B duets.  The show played for a few months, then both Rose and Walters and much of their band were drafted to join Zasu Pitts Memorial Orchestra.
Support THIS inConcert
Support Us